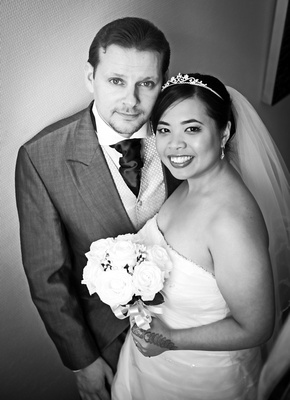 This is a Malay wedding in which took place in Chelsea London. The day began at the registry office on the Kings Road.They were married at Kensington and Chelsea Register Office Chelsea Old Town Hall
It was a complete honour to attend and capture such a special day. After the legal part of the wedding was complete, photography then went onto a private house once again in Chelsea for the Malay ceremony which is described below.

Akad Nikah (marriage contract), which is the legal and religious part of the wedding. The groom signs the marriage contract and agrees to provide the bride with a mas kahwin (mahar,literally 'marriage gold' in form of money or goods or anything as requested by the bride). The mas khawin is a symbol to show that the men is willing and are prepared to build a family with the lady he chose to get married to.

The couple's hands are dyed with henna during the berinai besar (great henna-ing) ceremony where the bride's hair is also trimmed, eyebrows shaped and make-up applied by Mak Andam. Then the bride puts on her tudung (hijab or headscarf) to cover their hair and a selendang, or embroidered and beaded shawl over that. A crown is also placed on top of the shawl and the bride is ready for the Bersanding ceremony.

Bersanding (enthronement) begins with the groom's march towards the bride’s home with friends, relatives, musicians and people waving bungamanggar (palm blossom). The main part of the bersanding involves the seating of the bridal couple on a dais and sprinkling them with yellow rice and scented water by family members, relatives and guests as a sign of blessing. Each guest will receive a Bunga Telur (egg flower), as a sign of fertility.

The couple are considered royalty for the day, where various royal customs are performed for them, including musicians playing court music a display of pencak silat.

The couple had an album containing 100 images from the wedding. They also a a fully printable USB. This had over 800 fully printable photographs. You can view albums here 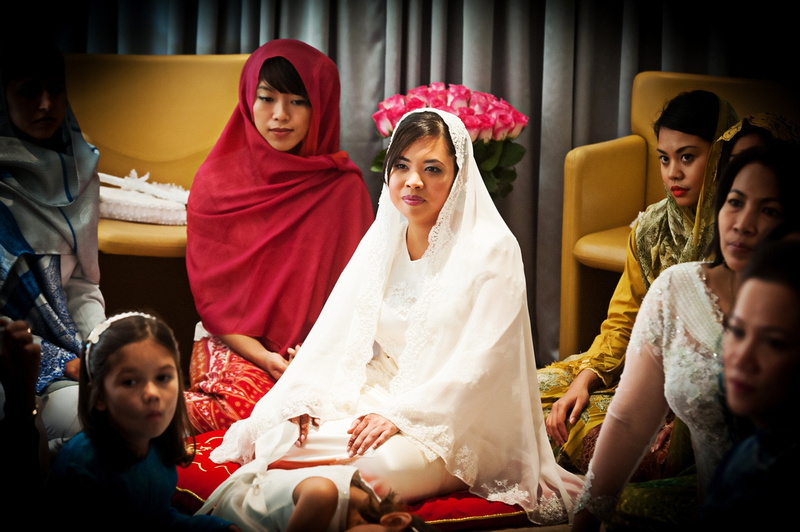 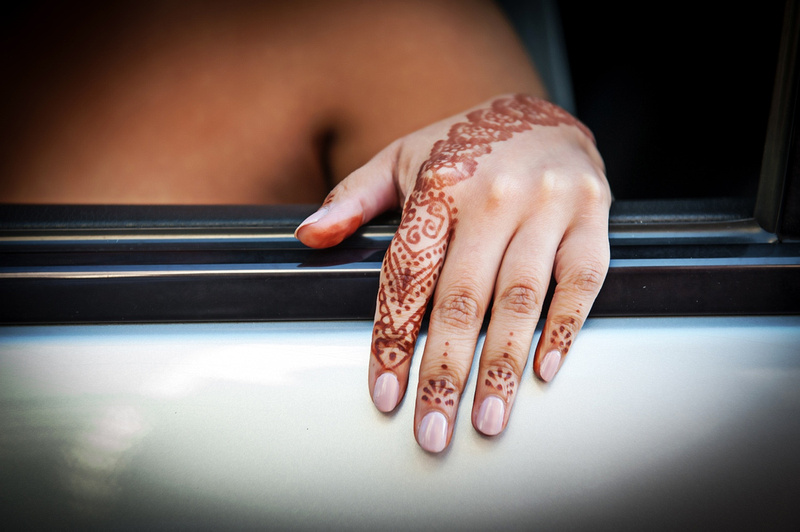 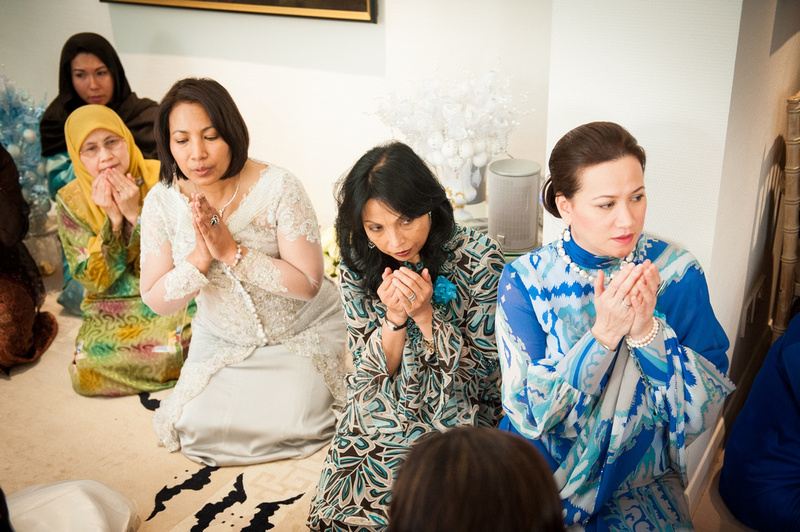 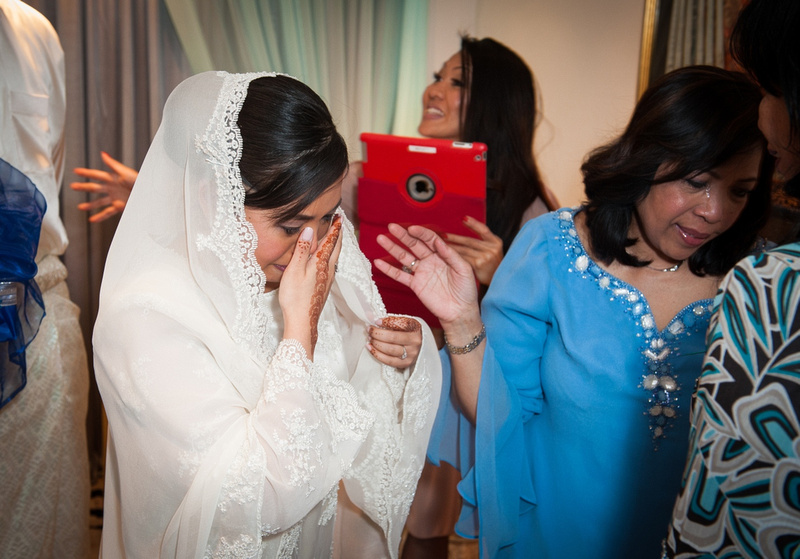 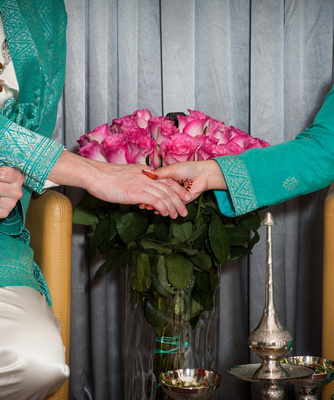